Under Corbeil, in the past nine seasons the Eagles have been one of the winningest programs in the country at the state college/community college level, posting a 330-152 record.

The 2011 baseball team paved the way, winning 22 consecutive games and a state-best 43 wins.

The 2012 club topped that with a state-best 46-win season, won the state championship, and made an appearance on the national stage with a berth in the NJCAA World Series, the first in the program’s history. 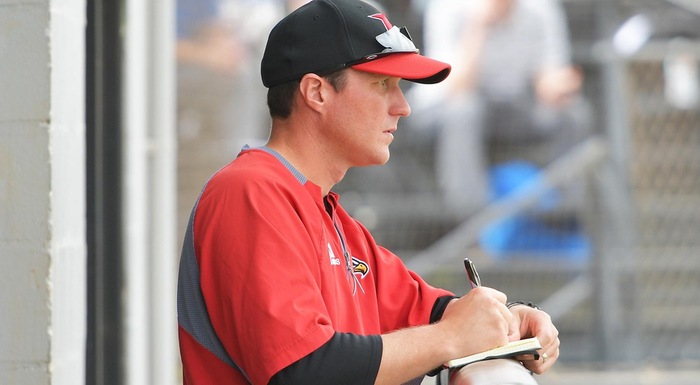 In his time at Polk State, more than 90 of Corbeil’s players have signed scholarships to play at four-year schools, and over 20 former Eagles have been selected in the MLB draft, including pitcher Alec Asher, who made his MLB debut with the Philadelphia Phillies in 2015.

Corbeil’s players also perform in the classroom, maintaining one of the highest cumulative GPAs among the College’s athletic teams. The academic success of the program has also been recognized by the NJCAA.

While at Polk State, Corbeil has been named both FCSAA/NJCAA Coach of the Year and Suncoast Conference Coach of the Year in 2011, 2012, 2014, 2015, 2016 and 2017. In 2012, he was also named Coach of the Year by the Florida Diamond Club. Founded by professional scouts in 1972, the club issues one Florida Coach of the Year award every year for all college divisions and high schools in the state.  The baseball program was recognized by the Polk County All-Sports Awards as the Male Collegiate Team of the year in 2011 and 2012.

Before coming to Polk State, Corbeil spent the previous two years as recruiting coordinator at Florida Southern College in Lakeland. In his two years at Florida Southern, the team finished with identical records of 41-16 and received two post-season berths to the South Regional Tournament. The Moccasins were ranked No. 1 in the NCAA Division II National Poll multiple times in 2009 and 2010. In addition, five players signed professional baseball contracts in his two years there.

Corbeil also worked as an assistant coach at Manatee Community College for three seasons, beginning in 2006 and serving as bench coach under NJCAA Hall of Fame Coach Tim Hill Sr. The Lancers made three consecutive trips to the state tournament, clinching runner-up finishes in 2006 and 2008. The 2007 team was the Suncoast Conference champion.

As a player, Corbeil was drafted out of Plantation High School by the Milwaukee Brewers, but chose to attend Manatee Community College (now State College of Florida), where he played for two seasons. While at Manatee, he helped lead the team to the NJCAA World Series in 1999, where it finished third. During his run at Manatee, he was a two-time All-Conference and All-State selection and holds many offensive records, including career batting average (.427) and RBI (145).  Corbeil was recently inducted into the SCF Hall of Fame in 2016.

Corbeil continued his career at Division I Florida International University in Miami. In his only season at FIU he earned Sunbelt Conference Player of the Year, Newcomer of the Year, and was named a First Team All-American by Collegiate Baseball News. Corbeil led the Panthers to the South Regional Tournament and finished the year hitting .399 with 13 home runs and setting a school record with 73 RBIs.

He then transferred to Florida Southern College, where he earned a bachelor’s degree in business and First Team All-SSC, All-South Region and All-American honors.

Following his collegiate career, he was drafted in the 16th round and signed by the Anaheim Angels. While in the Angels’ organization, he was selected as a 2001 Pioneer League All-Star and finished second in the league in hitting with a .359 average. Corbeil played seven seasons of professional baseball, hitting .320 or better in four of those seasons. He played his final professional season in 2007 as a player/coach in the South Coast League.

Corbeil resides in Lakeland with his wife, Whitney, and their two sons, Azarias and Samson.

A former Eagles player from Hummelstown, Pa., Kulina had one of the most decorated seasons for a pitcher in the school's history in 2014 as we went 12-1, just one win shy of tying the school record for single season wins. He was named the FCSAA State Pitcher of the Year and received All-American accolades.

After graduating from Polk State in 2014, Kulina attended Jacksonville University, where he posted a 10-1 record in 20 starts for the Dolphins.

While at JU he made the dean's list and earned a spot on the Atlantic Sun Conference All-Academic Team. He received a bachelor of science degree in social science in 2016 and expects to complete requirements for his MBA degree from JU in October of this year.

Kulina was signed by and pitched in the Arizona Diamondbacks organization in 2017. In 38 innings in Rookie League he had a 3-1 record with three saves and a 2.37 ERA. He issued only eight walks while striking out 47.

"It's truly an honor having the opportunity to return to Polk State and coach," said Kulina.

"Polk State made my playing career and my life better than I ever thought it would be. It opened up so many doors to success. Therefore, it is very special and humbling to be able to come back and have the opportunity to open those same doors for the young men in our baseball program. Soar, Eagles!"

He has also done data analysis for the San Francisco Giants and worked as a physical therapist technician.

His brother Kaylor Kulina played for Polk State as a middle infielder on the 2015 and 2016 Suncoast Conference Championship seasons.

Jake Rogers enters his sixth season at Polk State as an assistant coach.

Rogers came to Polk State after two seasons as a graduate assistant coach at Henderson State University, where he worked with infielders, outfielders, and hitters.

While at Henderson State, Rogers earned his Master's Degree in Sports Administration in May 2014.

After graduating from Texarkana College with his AA degree, Rogers decided to pursue his passion for coaching as a student coach at TC. Assisting with the hitters in 2011 and 2012, he helped the Bulldogs lead their conference in several offensive categories, including batting average, hits, stolen bases, and runs scored.

While coaching at TC, Rogers earned his Bachelor's Degree in Psychology with a minor in Sociology as a Dean's List student at Texas A&M University-Texarkana in 2012.

At Polk State, Rogers works with infielders and outfielders, and assists with hitters. He helped lead the Eagles to the 2015, 2016, and 2017 Suncoast Conference championships, and with his assistance four position players earned scholarships to four-year schools. 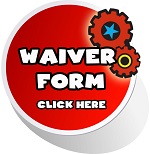