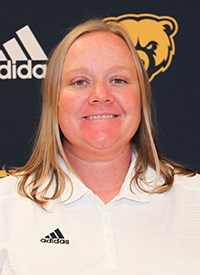 Jenni Shepard is entering into her 12th season as the Truett McConnell University head softball coach, fresh off a second consecutive Appalachian Athletic Conference tournament appearance, being named the 2016 Softball AAC Co-Coach of the Year, and the most overall wins in school history. The 2016 squad picked up record setting 12-8 conference record finishing in fourth place during the regular season and 29-22 overall record. The 2015 team finished 23-25 overall, 10-10 in AAC Conference Play, 4-2 in post-season play, and became the first team for all sports in NAIA history at Truett McConnell University to make it to a Conference Championship Game, finishing second. Under Shepard’s tutelage, the Bears have garnered four first team all-conference, four second team all-conference, three freshman team, one defensive team, and three conference tournament team recipients. In the three years the Bears have been members of the AAC 18 players were awarded AAC All-Academic Team recognition, while eight were named NAIA Scholar Athletes. During her tenure Shepard has seen the program grow from an inaugural team, which competed as a junior college, to a NAIA program which competes as a member of the AAC. Shepherd makes it a priority to be a Godly example to her players and coaches in a way that fosters spiritual growth among each individual player.

The 2015 year was also a memorable one for Shepard as she was inducted into the athletic hall of fame at her alma mater Piedmont College, the "P Club" Hall of Fame.

A native of Toccoa, Ga., Shepard graduated Cum Laude from Piedmont College in Demorest, Ga., with a Bachelor of Arts degree in 2003. She continued her education and received her Master's in Early Childhood Education in 2005. A standout collegiate athlete, Shepherd was a first team All-Conference outfielder,  first team All-Conference catcher, and a two year letter winner in Cross County. Some of her athletic and academic accolades include: GSAC Player of the Week, NCCAA Player of the Week in the Nation, NCCAA Academic All-American, and twice a member of the NCCAA South Region Team. She was a member of the Alpha Lambda Delta honor society, a three time member of the GSAC All-Academic Team, a two year captain, a two time member of NFCA All-Academic Team, and a member of Chi Alpha Sigma Georgia Gamma Chapter, a national college athlete honor society.

After graduating in 2003, Shepard acted as an assistant to Piedmont’s current head softball coach, Terry Martin. During this stint she helped coach Piedmont to its first ever GSAC Championship in 2005, and twice to the NCCAA national tournament where they finished eighth and fourth respectively. She was also a member of the 2005 GSAC coaching staff of the year.

Shepard married her husband Josh in 2009 and they became parents to twins Jack and Zoe on February 7, 2012.

In 2010 Shepard received the NAIA Coach of Character Award for the Association of Independent Institutions conference. In 2012 her team received the SSAC East Division team sportsmanship award. Throughout the years Coach Shepard has fostered one SSAC all-division team member, 15 NFCA all-academic recipients, 3 NCCAA players of the week, and 5 NCCAA all-region team members. 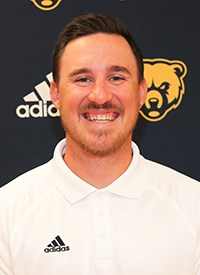 Coaching Career: *Spent 3 years coaching Baseball and Softball at Cambridge High School in Milton GA. Also Spent 3 years at Cambridge High School helping teach in the Special Education Department. Helped coach the Baseball Program to 2 playoff appearances. Helping the Softball program to 2 playoff appearances, a region title in 2016 with a record of 38-1 and a winning the 2016 Georgia 6-AAAAAA State Championship. Also coaches with the Auterson Baseball and the Georgia Jackets based in Alpharetta GA.

Graduated in 2014 with a Bachelors Degree in Business Administration with a concentration in Sports Management.

Family: I am married to Whitley Gerrin of Habersham County Ga. Son of Regina and Dean Reichenberg. 1 sibling Robyn.

Fun Fact about Dylan:  *Member of my High School Cheerleading team as the Mascot Junior and Senior year of high school.  I have traveled to London twice, France, Italy, Switzerland, Greece and Guatemala.

Favorite Bible Verse:
"Humble yourself before God, resist the devil and he will flee from you." -James 4:7

"I feel extremely lucky and blessed to be given the opportunity to come back to my Alma Mater to coach and give back to the University that has given so much to me during my time there. It has been a goal of mine to coach at the Colligate level and to have this opportunity to do so under Coach Shepard is a amazing. I have known Coach Shepard since my time at Truett and I have great respect for Coach Shepard and I'm looking forward to help coach and develop these students-athletes."