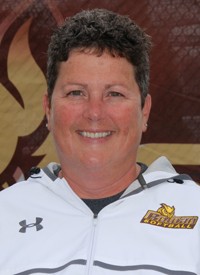 Kim Wilson is in her 20th year as head coach of the Rowan University softball team. Her won-lost record at the University stands at 622-214 for a .744 winning percentage. She has guided the Profs to five New Jersey Athletic Conference (NJAC) Championships and 13 NCAA Championship Tournament appearances. In 2015, Wilson earned her 600th victory at the University with a 6-0 victory over Centenary College on March 18 in Winter Haven, FL.

The Profs went 38-8 last season and reached the NJAC Championship Game and the final of the NCAA Alfred Regional. Wilson was chosen the conference’s Coach of the Year. Rowan had a 37-12 record in 2014 and won its eighth NJAC title. The team captured the NCAA Ithaca Regional crown and advanced to the NCAA Rochester Super Regional. In 2013, the Profs finished with a 41-9 record and advanced to the final of the NCAA Division III Babson Park Regional Tournament. Wilson was named the NJAC Coach of the Year.

Wilson graduated from Slippery Rock University (PA) in 1989 with a bachelor’s degree in physical education. At Slippery Rock, she played volleyball and softball. She is a member of the National Fastpitch Coaches Association (NFCA) and served as a past chair on the national All-American committee. She has also received numerous NJAC Coach of the Year selections, along with regional recognition for her success at the collegiate level. 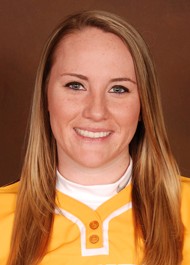 Maronski enters her third year as an assistant coach for the Profs.  Maronski is former player. In 2014, she entered the Rowan University softball program record book as a pitcher in 23 different categories, breaking the single game strikeout record (16), season strikeout record (259), strikeout ratio per game (9.25), and various other records.