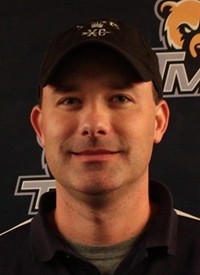 Holland has served as Head Cross Country Coach at Truett McConnell College for ten years. In his tenure, he received four Coach of the Year titles over the course of five years competing in the NJCAA Region XVII prior to the school’s transition to the National Association of Intercollegiate Athletics (NAIA) in 2010. Jarret runs anything from the 100M to Marathons.

Joe is the Head Track & Field Coach at Truett-McConnell University. He has served in this role since 2017 and led the Track and Field team to a strong finish in their first year as a Track program. He competed and coached for Liberty University as a sprinter, winning two conference championships in his time there.