Chris Terry is in his second season at the helm of the Ranger baseball program and will begin his duties on August 26, 2013.  Terry comes to Regis after two seasons at NCAA Division II Eastern New Mexico in Portales, N.M.

In 2013, his ENMU team started the season with a 12-2 mark which included an 11-3 record against RMAC opponents.  His team went 21-27 overall and led the Lone Star Conference with a team .332 batting average.

Prior to his stint at Eastern New Mexico he was the head coach at NAIA Culver-Stockton College in Canton, Mo.  There he went 119-80 (.598) in four seasons and notched at least 30 wins in three of the seasons.  In 2011 he took CSC to the NAIA National Tournament with a 37-17 overall record and won the HAAC regular season title with a 24-4 loop record.

Following the 2011 season Terry was named the Heart of America Athletic Conference Coach of the Year.  He coached 31 All-HAAC performers in four seasons and had one player drafted in the MLB draft.

Terry was a two-year letterman at Missouri Valley College during his playing days, earning All-Heart of America Athletic Conference (HAAC) second team honors as a catcher his senior season. He graduated from MVC with a bachelor's degree in physical education in 1996 and earned a master's degree in kinesiology from California State University-Sacramento in 2006.

At the collegiate level, Terry had served as an associate manager of the Yuba-Sutter Gold Sox, an elite collegiate wood bat team that plays in the Horizon Air Summer Series for five years. He had 30 players sign professional contracts from Yuba-Sutter.

Terry was a successful head coach in the high school ranks in Sacramento, Calif. where he led Sheldon High School to a 100-54 record in seven seasons. He was named Delta League Coach of the Year in 2004 and had his team in the CIF Playoffs three straight seasons.

In addition, Terry has had the honor of being the only NCAA Division II head coach to be invited to work and serve as a hitting instructor at the Stanford University All-Star Camp in Palo Alto, Calif. He has served on the camp staff since 2001.

Terry and his wife Ann have two daughters, Alyssa and Ashley.

Ryan Pruitt is in his second season at Regis in 2013-14 under first year head coach Chris Terry.  Pruitt played for coach Terry at Eastern New Mexico for two seasons.  The Glendale, Ariz. native began his collegiate career at Phoenix College after graduating from Ironwood High School in Glendale, Ariz.

Pruitt graduated from Eastern New Mexico in 2013 with a bachelor of science degree in physical education. Pruitt is the Rangers' pitching coach and assists in all aspects of day-to-day operations.

Mark Vig is in his second season as an assistant coach at Regis University in 2013-2014. Vig works primarily with the Ranger outfielders. Vig will also assist with scouting, recruiting and other day-to-day operations with the Ranger baseball program.

Vig, graduated from the University of Sioux Falls (S.D.) in the spring of 2013. Vig was a 2013 Northern Sun Intercollegiate Conference (NSIC) All-Conference Academic player. In 2012, Vig was nominated for the TD Ameritrade’s National Fan’s Choice Award. Vig double majored at USF in Business Administration and Sports Management.

In the summer of 2013, Vig was involved with Colorado Sports Inc. baseball summer camps. He also was a coach with the Colorado Academy Summer baseball camps. Vig coached in the Yankton Baseball Association from 2009 to 2012. In 2010 and 2012, Vig also worked with the Kansas City Royals “Pass it on” summer clinics held in his hometown of Yankton, SD. 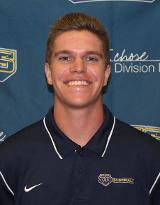 Ackerman begins his first season as a volunteer with the Ranger baseball program. He will spend his time working primarily with infielders. Ackerman spent most of 2015 coaching the Eastern New Mexico University JV baseball team as he finished his degree.