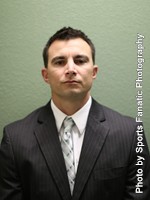 Eastern New Mexico Athletic Director Dr. Jeff Geiser announced the hiring of David Gomez to be the new head baseball coach for the Greyhound program on Tuesday. Gomez will be just the third coach in the program's 22-year history and fills the spot that has been vacant since August.

Gomez comes from Alcorn State where he has been an assistant coach and recruiting coordinator for the past four years. He was in charge of all aspects of recruiting, developing the pitching staff and hitters, designed team practice plans and implemented pitching strength training programs.

During his time with the Braves, they played in the Rice Regional during the 2011 Division I Baseball Tournament after ASU won the program's first ever Southwest Athletic Conference Championship. In his three seasons, the team produced 11 All-Conference selections, compiled a 57-26 conference record, had their first Cape Cod League Participant in school history and was ranked fifth in the nation in stolen bases last season with 125.

Prior to his tenure with ASU, Gomez was the assistant coach and recruiting coordinator at Frank Phillips College in Borger, Texas for four years. He helped produce seven Major League Baseball draft picks, including the first French-born player ever selected, and the program's first NJCAA Baseball First Team All-American while the team was second and 14th in the country in hitting in 2009 and 2008, respectively.

Gomez spent four years at at New Mexico Military Institute as an assistant coach and recruiting coordinator for baseball and business manager for the entire athletic department. During his tenure, the Broncos had three NJCAA Academic All-Americans and broke the school record for wins in three consecutive seasons.

He also brings international coaching as Gomez served as an assistant coach for the French National Baseball Team in September 2007 during the European Championships which also served as an Olympic Qualifying event.

Along with his coaching experience, Gomez has years of playing experience as well. He began his collegiate career at NMMI where he played pitcher and outfield and was named a co-captain. Gomez finished his collegiate career at Southern University and was coached by Roger Cador, who has led the school to 13 SWAC Championships. Gomez also played college summer and semi-professional baseball in the Baton Rouge, La. area.

A graduate of South Lafourche High School in Cut Off, La., he earned all-region, all-district, all-parish and Team MVP honors in baseball while also lettering in basketball, football and track.

Gomez earned his master's degree in sports administration from New Mexico Highlands in 2009, a bachelor's of arts degree in speech communications in 2002 from Louisiana State University and his associate's degree from NMMI in 1999. 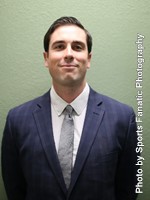 Prior to coming to ENMU, Merritt spent the previous two seasons at NCAA Division I University of Toledo. While with the Rockets, he helped them capture their first Mid-American Conference West Division title in school history. Toledo's 19-8 (.704) MAC record equealled their best mark since the conference wnet to three-game series prior to the 2004 campaign. Merritt worked with all aspects of the Rockets program that included serving as bullpen and first base coach during games.

Merritt came to Toledo after speding the previous two-plus years as an assistant coach at Santa Fe Junior College in Gainesville, Fla. He was responsible for the development of the catchers and outfielders while assisting with all other aspects of the Saints program, which spent a majority of his last season as the top ranked junior college team in the country.

Prior to working at Santa Fe JC, Merritt served as the pitching coach for Glens Falls in the New York Collegiate Baseball League from 2007-09. The Eagles' pitching staff enjoyed great success under his tutelage as they led teh league in nearly every pitching category each of his three seasons.

In 2008, the Eagles successfully defended their Eastern Division championship and Merritt coached the NYCBL Pitcher of the Year, Shane Davis, as well as two other all-league hurlers. In Glens Falls, he coached current big leaguers Stefan Romero and Brian Moran.

During his first season in 2007, the team's ERA dropped almost two runs per game, walks decreased by 62, strikeouts increased by 69, opponents batting average dropped by .052 points and opposing teams stole 19 fewer bases. Three pitchers off the team were named all-stars and two were drafted. The team set a record for most wins in a season (34) and went from finishing last in their division the previous year to division champions.

Merritt also worked as an assistant coach at New Mexico Military Institute in Roswell, N.M. from August 2008 - July 2009. During his one season working with the Broncos, the team's record improved by eight wins. NMMI's batting average also increased by nearly 100 points and they had four honorable mention all-conference players after having two total the previous two seasons. Off teh diamond, the team posted a solid 3.05 GPA and they successfully implemented a fundraising program that raised nearly $9,000 to install a horseshoe turf around home plate and a new sound system at the stadium.

Prior to working at NMMI, Merritt served as the pitching coach at Lake City Community College in Lake City, Fla. from August 2007 - May 2008. In his one season assisting the Timberwolves, the pitching staff dropped its ERA by .18 runs, walks decreased by 19, strikeouts increased by 65, batting average against dropped by .027 points and HBP fell by 16. The staff featured nine pitchers that were recorded at over 90 mph and helped them advance to the regional tournament. Two pitchers were named all-conference and their starting catcher was named all-state and was selected in the MLB draft.

Merritt got his start in coaching at Urbana University in Urbana, Ohio. He coached them from August 2006 to May 2007. In his season working with the Blue Knights, the pitching staff saw their ERA drop by 1.08 runs, walks decreased by 69, strikeouts increased by 52, opponents batting average fell by .032 points and opposing squads stole 22 fewer bases. The staff also tied the school record for complete games in a season with 13. Seven pitchers were recorded throwing at over 90 mpg while five hurlers were selected all-conference including the league's Pitcher of the Year, Jaeson Hudnall. Three Urbana pitchers also signed professional contracts.

A native of Cleveland, Ohio, Merritt graduated from Urbana with a degree in sport management in 2007. 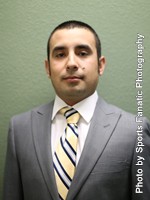 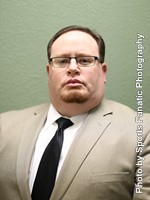