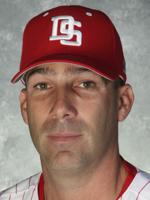 The winningest coach in team history, Blandin is in his 15th season as head coach of the Hornets.

In 2014, Blandin led DSU to its third straight MEAC North title with a 17-7 league record. The Hornets were 30-17 overall last season, marking the fifth time that he's guided the team to 30-or-more wins.

The 2014 Hornets were tops among all NCAA Division I teams in two statistical catagories. DSU led the nation with a .331 batting average and .431 on-base percentage last season.

Narodne was a 2014 All-MEAC First Team selection, along with Mike Alexander, DJ Miller and Matt McClain. Alexander was also named to the All-East Team last season.

In 2013, Blandin led the Hornets to a second straight MEAC North championship with a 21-3 division record. DSU was 33-15 overall.

The 2012 Delaware State University baseball season was historic for Blandin, who led the Hornets to the Mid-Eastern Athletic Conference North championship, their first MEAC championship game appearance in eight years, tied a team record for wins in a season, reached the 300 mark in career wins, and led the squad to a school-record win streak.

In addition, Delaware State's (1B/LHP) Ryan Haas was selected as the 2012 MEAC Player-of-the-Year, marking the second straight season that a Hornet received the award. 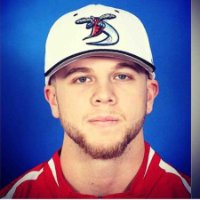