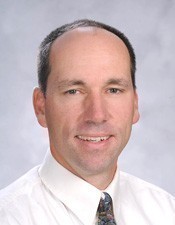 The Thiel College baseball program is under the direction of 16th year head coach Joe Schaly.

Schaly took over a 2-20 program in September of 1999 and quickly managed to point the program in the right direction. During his thirteen years as the program's head coach, Schaly and the Tomcats have won a regular-season Presidents' Athletic Conference (PAC) championship and a PAC Tournament title.

During the 2005 season Schaly became the winningest coach in the program's history and he won the 400th game of his career in 2011. His players have received numerous post-season awards for their achievements on the field. Over the past 13 years, 63 Tomcats have been named All-PAC, 16 have received All-Mideast region recognition and two Tomcats were named All-Americans. Tomcat baseball players have also excelled in the classroom, with three earning Academic All-America honors.

Schaly has experienced the game at all levels, from Division I to Division III, and from NCAA to NAIA. Prior to Thiel he was the head coach and assistant athletic director at Point Park College for six years. Point Park has a long history of success in NAIA baseball and during Schaly's tenure the Pioneers won the conference/district four times, and each year Schaly was named Coach of the Year.

Schaly earned his bachelor of arts degree in managerial economics from Marietta College in 1986. He continued his education at Kent State University and received his master's degree in sports administration in 1989.

Along with being the head coach of the baseball team, Schaly also serves on the NCAA Baseball Rules Committee and is the chair of the ABCA Rules Committee.

Schaly resides in Beaver Falls with his wife, Lucy, and their two children: Hannah and Colin.